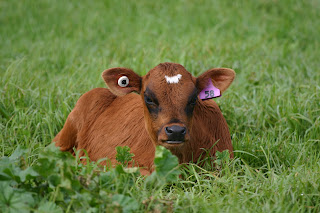 The National Animal Identification and Tracing (NAIT) scheme passed its final reading in Parliament last night. This is a great step to future-proofing New Zealand agriculture.

NAIT is primarily a data recording and collection system which will provide information on livestock, their location and movement history throughout their lifetime.

The scheme needs to be mandatory to effective. With the passing of the legislation cattle farmers now know they will be required to tag on 1 July this year, with deer farmers following on by 1 March next year.

Despite a tricky passage over the past eight years, NAIT really is a no-brainer. If we continue to ignore the fact that most of our trading partners already have animal ID systems in place and we fail to keep up, we will lose precious market share.

The majority of farmers I've spoken to agree that NAIT is an important move for New Zealand's agriculture sector, and I'm pleased that many industry organisations supported the Government's move.

New Zealand punches above its weight when it comes to accessing world markets and meeting demand of our increasingly discerning customers. NAIT is a logical step in protecting farmers in the international marketplace and strengthening New Zealand's biosecurity.
Posted by David Carter at 4:07 PM