A good day for NZ pigs 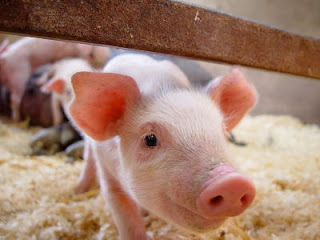 The use of sow stalls on New Zealand pig farms will be banned by the end of 2015.

Today I released the Animal Welfare (Pigs) Code of Welfare 2010. The practice of sow stalls is now limited to four weeks after mating in 2012, and prohibited by the end of 2015.

The growing unease of many New Zealanders about the use of sow stalls made it clear that change was necessary.

Sow stalls are currently used in most countries, including USA, Canada and most of the European Union. The Australian pork industry is voluntarily phasing out sow stalls by 2017.

A five-year time frame on phasing out sow stalls will allow New Zealand farmers to change their production systems and train staff in new management skills so that the long-term sustainability of our pig industry is not put at risk.

The new code also places new limits on the use of farrowing crates.

While the National Animal Welfare Advisory Committee believes that the use of farrowing crates should also be phased out, it recognises this can only happen when alternative management systems are in place.


These must take the welfare of sows and piglets into account, and must also allow our pork producers to remain competitive.
Posted by David Carter at 4:02 PM 1 comment: