Budget focus on innovation for agriculture

The primary sector is where this country's natural advantage lies.

As the global population increases, the world must produce more food. There are reports that by 2060 the world will need to produce twice as much food from less land. Ultimately, much of this production increase will have to come from smarter technologies and efficiencies in farming.

We cannot rely on research and development of previous decades.

Put simply, key to maintaining our status as market leaders in agriculture is continued innovation – this is something we must never take for granted.

It is the reason National promised substantially more money for primary sector innovation and why we have delivered it with Budget 2009.

We are boosting growth and innovation in the primary sectors through the funding of the Primary Growth Partnership (PGP).

PGP is a government-industry partnership that will see investment in significant programmes of research and innovation in New Zealand’s primary and food sectors, including forestry.

In the first four years of the Primary Growth Partnership alone, the Government will make $190 million available alongside matching industry investment. From 2013, the partnership will see the Government investing $70 million annually in primary sector innovation.

This government is here to help, not to hobble industry. We will remove obstacles rather than create them and provide leadership to ensure the primary sector's success and development in the future.

The primary sector is the engine room of our economy and the Primary Growth Partnership will be an important incentive in helping Government and industry to lead New Zealand out of recession.
Posted by David Carter at 3:13 PM No comments:

I was able to congratulate some of New Zealand’s true custodians on Saturday night as the guest of honour at the Century Farm Awards, held in Lawrence, Central Otago.

These families represent the great things about New Zealand farmers - past and present – that is, resilience, adaptability, gritty determination and a love of the land.

The families honoured have farmed through two world wars, the Great Depression, Britain’s entry to the European Economic Community, the oil shocks of the 1970s and the elimination of government subsidies in the 1980s.

On top of that, they are now farming through the current global recession.

As a first generation farmer I truly appreciate what an achievement this is.
Posted by David Carter at 3:11 PM No comments: 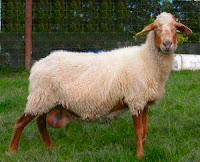 In recent weeks there has been heated debate on the issue of live sheep exports for slaughter.

There have been claims that a “six-year moratorium” has been lifted and that the Government is resuming the live sheep for slaughter trade next month. This is simply not the case.

An irresponsible claim by the Green Party, in March, fuelled speculation that I, as Agriculture Minister, had opened the doors to live exports with total disregard for New Zealand’s reputation as a responsible exporter.

And, worse, with complete disregard for the very high bar we set on animal welfare issues.

Last weekend I spoke at the national conference of the Royal New Zealand Society for the Prevention of Cruelty to Animals. I know many of their members are worried about the issue – I have responded to hundreds of letters – and I was keen to spell out the real facts.

New Zealand stopped livestock exports to Saudi Arabia following a horrific incident involving Australian sheep on the Cormo Express in 2003. Since then, the governments of Saudi Arabia and New Zealand have had ongoing discussions about opportunities around the export of live sheep for slaughter.

This was not begun under National’s watch; the talks were initiated by the previous government. They must be honoured, but for trade to resume there are two matters to satisfy - one is the transport of stock (a very long journey by any standards), and the other is around humane, commercial slaughter on arrival. These are two very, very high hurdles to meet.

I want to absolutely assure you that New Zealand’s reputation as a responsible exporter will be maintained.

The fact is New Zealand will not be resuming a live sheep for slaughter trade any time soon. The export of livestock to Saudi Arabia for slaughter will remain prohibited unless New Zealand is totally satisfied that the highest animal welfare and animal safety standards are met both on the journey and on arrival.

As Mahatma Gandhi once said, “The greatness of a nation and its moral progress can be judged by the way its animals are treated.”

New Zealand is a great nation and I will not recklessly jeopardise our hard-earned reputation.
Posted by David Carter at 4:51 PM 1 comment: