Rain but no relief 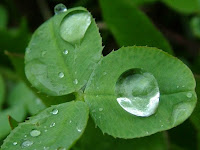 The trouble with a winter drought is that it’s hard to explain to those that don't farm.

I visited Gisborne and met with the local drought committee on April 20 and announced government assistance for drought affected farmers in the region. The announcement was made as it rained.

The fact of the matter is these farmers are going into their third year of drought; with soil temperatures dropping, rain is too late for grass growth. The positives, in contrast to last year, are the price of store stock is up, the price of supplementary feed is down, and the region’s farmers do not have to compete for feed with other drought stricken areas.

The North Island’s East Coast seems to be the only area in New Zealand that hasn't enjoyed a reasonable autumn. I have done a fair bit of travelling over the past month and farmers up and down the country are generally very positive, despite the global economic situation.

For good reason, I too am optimistic. The New Zealand primary sector has some great things going for it and, as I have said before, it will be the primary sector that leads New Zealand's recovery.
Posted by David Carter at 7:51 AM